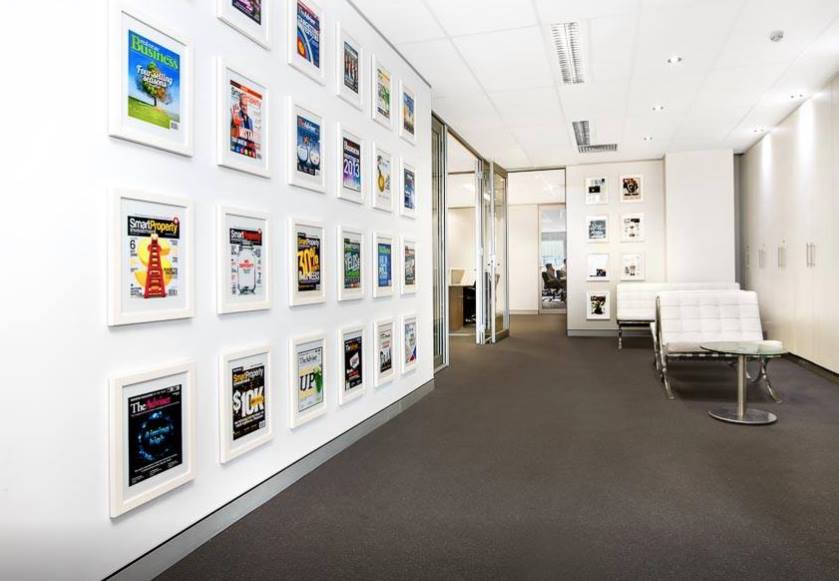 DESIGN FOR CULTURE AND ALLOW FOR GROWTH - THE MOMENTUM MEDIA FITOUT

Momentum Media is the publisher of some of Australia’s best known financial and professional services publications. It has a savvy research team that feeds insightful market intelligence to an equally savvy team of journalists, digital marketers, broadcasters and wealth creators.


The vision is clear and so are the values. Momentum Media people are curious, positive, resilient and driven to find new ways to make their business grow. Central to their ongoing success is collaboration. Information and intelligence becomes collateral; each part of the business needs to be cohesive and growth is in full swing.

“We’ve gone from the birth of a company with a couple of people making things happen to a bigger business with diversified specialist teams that need to work across departmental boundaries,” said Kieran Smith, Momentum Media’s Head of HR.

When Momentum Media decided their office space should reflect the culture, personality and diversity of the organisation, they engaged QVS Interiors to make the transition.

“Being able to articulate what our values are and making sure our physical environment represents those values is key. It needed to feel like it was a Momentum Media workplace,” Keiran said.

Being a Momentum Media workplace meant integrating vastly different workplace disciplines into the overall design. That required both distinct and divergent environments for people to be able to work effectively together, as well as alone in relative peace and quiet. Employee wellness was also a priority. Ergonomic features, pacing areas and temporal spaces, particularly for staff spending lots of time at their desks, needed to be a feature of the design.

“It was important for people to have spaces where they can collaborate and work together but also to concentrate. Especially with our editorial teams. People need to be interviewing, they need to be on the phones but they also need a space to write a feature. Likewise, it needs to be a vibrant office space. Some of our sales people - you see them doing laps of the office with their ear pieces. We didn’t want people thinking they’ve got to be tucked away to do their work and feeling self-conscious.”

And in the spirit of making their culture completely inclusive, Momentum Media and QVS were also insistent on the need to integrate Disability Access Codes.

“There are no barriers to moving around. Versatility is key, the space needed to be as flexible as possible. We’ve also made additional changes to workstations and software,” said Keiran Smith.

Momentum Media’s office hovers high above the Bradfield Highway with imposing views of the city to the South and Sydney Harbour looking East. The new fitout added a large open plan kitchen with loads of bench space and counters where staff can take their breaks and absorb the view. It’s a vibrant part of the office that goes beyond food preparation and a fresh hit of coffee. The fruits of good culture are palpable. Staff mingle, engage and blend light banter with business while they toss a salad or toast a bagel. The view is the backdrop to a space where the entire team can congregate for social functions and team meetings - including virtual meetings with their Manila based team.

“The space lends itself to an organisation of this size getting together. That’s what the guys (the QVS team) had in mind when they were designing it - to make sure all of the staff could meet in one area and have those “Town Hall” type meetings - it’s a great design feature,” Keiran said.

Keiran sees the frequency of team engagement as an ongoing consolidation and fortification of culture.

“We have cake days each month to celebrate birthdays or new arrivals to the team. The new space facilitates all of these things happening. If it was just all about the office we wouldn’t have those shared interactions,” he added.

And occupying a premium part of the new temporal space is what Keiran describes as “the crowning glory of the table tennis table.”

The phenomenon of table tennis or ping pong isn’t necessarily new, but it is associated with some of the more successful organisational cultures since the 1990s when tech startups were trying to resuscitate the office model. Some of those novelty icons have fallen by the wayside. Not without reason. But the benefits of ping-pong, having been the subject of quite a few university theses, extend well beyond the fun factor. Aside from contributing to the wellbeing of staff and the obvious cultural benefits, there is a strong association between ping pong and strategic thinking and improved memory and cognition.

“It definitely has been a good event. We had all of the rounds played here (at their North Sydney office) and then the final was part of the evening entertainment at our annual conference in the Hunter Valley.”

Beyond the social and team building benefits of the temporal space, there’s now an equitable distribution of light that extends to the entire workspace. There’s no favouritism for seniority or benefits extended to the privileged few with offices.

“There was a conscious decision to make sure more natural light was getting in. We needed to increase the amount of light that was getting into the main workspace,” Keiran said.

Culture and personality aren’t necessarily quantifiable or demonstrable in an organisation’s physical environment. Culture is really about the way people interact with each other and buy into the values of an organisation.

Things like the inclusion of breakout areas with operable rooms and sliding doors (to accommodate large or small groups), and offices with glass partitions are all consistent with collaboration and transparency. So are the breakout areas where there is respite from activities not directly related to work.

A change in the physical space is reflective of a shift in culture. Intuitively, the team can recognise that and the result has been that people have got on board.

“We wanted to make sure that we’re a business people want to work in - a workspace that is conducive to working effectively together.”